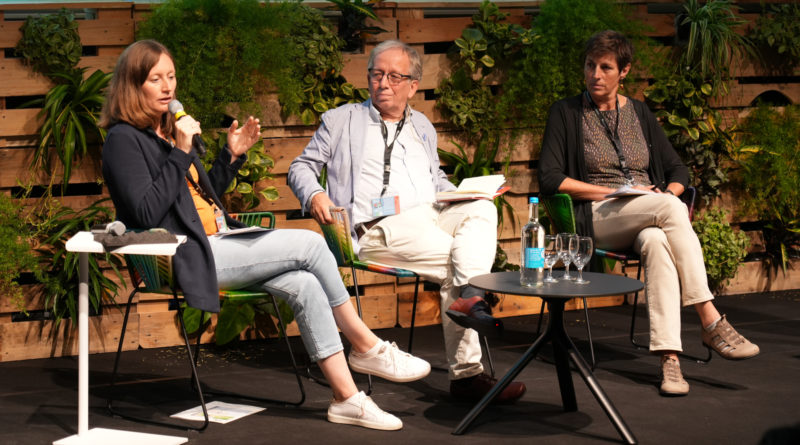 On September 6, 2022, the German version of the latest report to the Club of Rome was published. Fifty years after the first report on the “Limits to Growth”, its title “Earth4all” is programmatic. “The dominant economic model is destabilizing societies. And the planet. It is time for change” is written on the website earth4all.life. And, “get involved!”

What connects the first with the current last “Report to the Club of Rome” is the use of a system-dynamic world model, with which different scenarios were calculated. Of course, the model used today is orders of magnitude more sophisticated than the “World 3” used then, which Donella and Dennis Meadows developed together with Jorgen Randers, who is still on board today.

Similar to that time, quite a few scenarios were calculated, although since 1972, practically only the one that would lead to economic and social ruin has been received. Economic growth would eventually come to a standstill, food production would collapse and the world population would shrink.
And not immediately, but only after a few decades, i.e. about now. Updated calculations also show that we, the Earth, its inhabitants and its economy, are quite precisely on a course that the report described at the time as something to be avoided if possible.

Crucially, the Club of Rome did not make predictions! It described and calculated scenarios, i.e. possible futures. Which of these actually occurs depends on the behavior of people, their policies – and on the extent to which scientists have succeeded in capturing the essential factors of future developments in their equations.

So now “Earth4all”. A glance at the table of contents immediately reveals that the book describes two scenarios. The authors call the “continue-as-before” scenario “Too little too late” (TLTL) and contrast it with a “Giant Leap” scenario (GL), which unfortunately reminds us of China’s “Great Leap Forward” about 60 years ago, which led to a catastrophe. However, one may also think of Neil Armstrong’s famous statement when first setting foot on the moon as a great “leap for mankind.”
The crucial point is: “Giant Leap” shows how it could be done. Greenhouse gas emissions would fall to net zero, and per capita incomes would be as much as 13% higher than in the TLTL.

And then, compared to the 1972 model, the new model introduces two indicators that show the difference even more clearly than greenhouse gases and economic growth: the “index of average well-being” and an “index of social tensions,” which perform much better in the Giant Leap than they would if we continued as before.

What also differentiates the two reports: the report looks at the regional distribution of developments: 10 world regions are distinguished – and in addition to the calculation results, there are “stories” about four fictitious girls from four continents, born in 2020, whom we accompany with our reading until the end of the century.

The Austrian Chapter of the Club of Rome, a formally independent association but closely linked to the international club in terms of content, takes the call to “get involved!” seriously in any case. Two days after the book was published, Till Kellerhoff, Jajati Gosh and Ernst Weizsäcker presented the report at an event co-organized by the Austrian Chapter at the Ars Electronica Festival in Linz and discussed it with Maria Langsenlehner of the European Environmental Bureau and Astrid Rössler, a Green member of the National Council.

Now it is our aim to disseminate the contents of the new report, and also to continue working with the insights gained from it.

More about: Till Kellerhoff interview on Club of Rome report

Post by Friedrich Hinterberger, September 12, 2022. Here is a report on the website of the Ars Electronica Festival and an interview with the author of this article for fm4 (the youth radio of the ORF – in German Language).