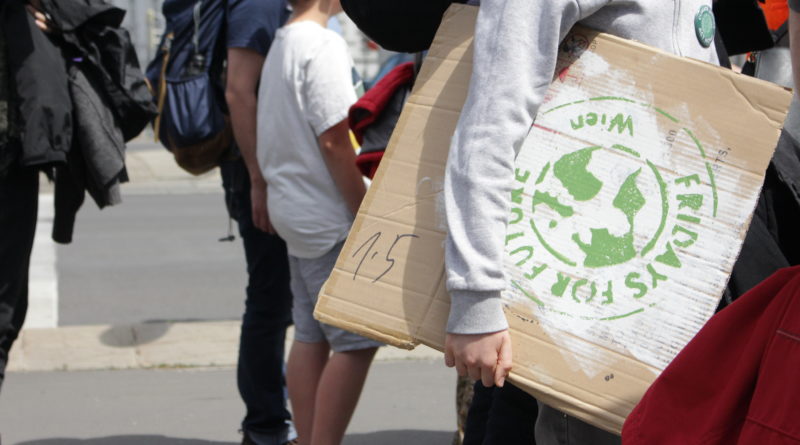 It’s that time again: On September 23, we’re taking to the streets with Fridays for Future for a just and ecologically sustainable world. But what’s the point anyway? In the face of the climate crisis, we quickly feel insignificant. Crossing crucial tipping points like the Greenland ice melt seems bigger than ourselves. Corresponding political actions, such as the energy transition, are seemingly beyond our reach. So why go through all this? Here are 5 good reasons not to bury your head in the sand and storm the streets next Friday with Fridays for Future.

Fundamental changes in the social system almost always emerged from a bottom-up movement. They came from people in civil society who relentlessly flushed their concerns onto the political agenda through activism. Through protests, through breaking taboos, through rebellions. Women’s suffrage, the abolition of slavery in the United States, or Ghandi’s Salt March in revolt against British colonial rule. In all these protests, of course, the last word has not been said to this day: Women and men are far from equal, the U.S. ultimately just externalized its slaves to other countries, and the consequences of the colonial era continue to divide our world into a global North and a global South. Nevertheless, the achievements of civil protests show the power that comes from all of us.

2. Fridays for Future has achieved a lot

We see what one person can accomplish in Greta Thunberg. In 2018, the then 15-year-old sits down in front of the Swedish parliament every Friday with a sign and goes on strike for a better future. A new era of the environmental movement begins. Not because Greta sat alone in front of the parliament, but because she mobilized masses with it. The way we talk about the climate changes fundamentally. Climate change becomes a climate crisis, extreme weather events make it onto the front pages worldwide. The Green Deal, the UN Climate Conference, globally organized climate protests or the planned (albeit late) energy transition would not be conceivable without the student:inside movement.

All is far from lost. The new report of the Club of Rome “Earth for All” shows us in all clarity: It is not too late for the necessary social-ecological transformation. But: We have to act fast, we have to act drastically and we have to be ready for profound changes. By the way, you can read the interview with “Earth 4 All” project leader Till Kellerhoff here.

4. The levers are in our hands

Fortunately for us, there are international associations of climate scientists (the most prominent of which is the International Panel on Climate Change, IPCC) who know exactly what needs to be done. They know the levers of the climate crisis and even summarize them in a way that is easy to understand for policy makers. While much of the climate crisis is terribly complicated, one thing is pretty simple: lobbying interests and tax havens for the super-rich will sooner or later lead to us driving our livelihoods into the wall. The richest 1% emitted twice as much as the poorer half of the world’s population between 1990 and 2015. Getting angry? Good!

5. The movement needs you

Margarete Stokowski, in her book “Untenrum frei”, writes the wise words, “Anger is not the same as hate. Hate wants destruction, anger wants change. Hate is destructive, anger is productive.” We should all gather our anger at inert politicians and use it to call for change across the asphalt of the streets. Like everywhere else, the climate movement is only a movement when many join in. If the 1.8 million climate activists had stayed home during the first climate strike of 2019, we would be starting from scratch today. Therefore, be angry and be loud and most of all: Be part of it!