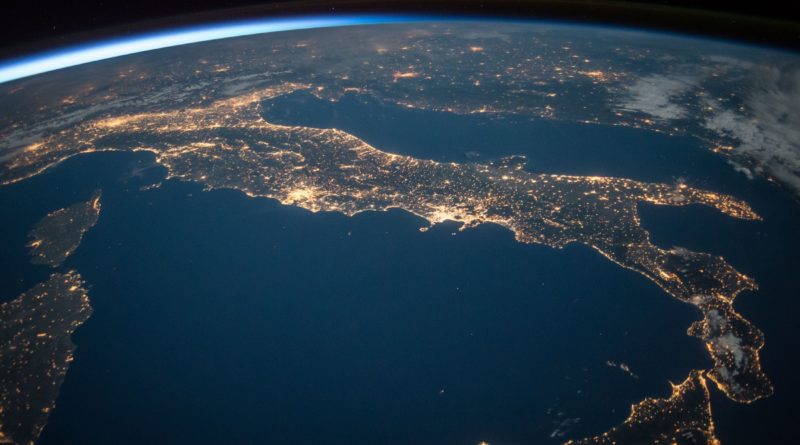 Citizen science as a new link between civil society and science is conquering more and more new areas of cooperation and application. This was demonstrated at the fourth conference of the European Association for Citizen Science (ECSA), which was held in Berlin in October with around 400 participants. Under the general theme “Citizen Science for a Healthy Planet”, not only projects from the fields of ecology and medicine were presented, but also participation formats that aim to gain knowledge for science and practical improvements at the local level.

As host of the international conference, the director of the Museum für Naturkunde in Berlin, Johannes Vogel, was impressed by the range of projects presented. He said that the protection of nature is closely linked to the protection of human health. It is important, he said, to promote approaches to disease and pandemic prevention with the participation of the general population. The socio-medical specialty of “public health” needs more impetus from “bottom-up” initiatives from the citizenry and patient groups, he said. “And we also need to take this cooperation into the political arena,” demanded Vogel, who himself is one of the founding members of ECSA, which today has about 4,000 members.

One field of action is local climate protection. The Citizen Science project “Terrifica,” which is funded by the EU Commission and coordinated by the Wissenschaftsladen Bonn, aims to initiate current steps to adapt to climate change in addition to the long-term goal of climate-neutral cities in 2050. In the participating cities, including Barcelona, Oldenburg, Poznan and Belgrade, citizens are guided to enter in digital Openstreetmap maps such places that in their view need ecological improvement, for example through new water areas in the urban area or food production on public land (“Edible City”). The suggestions are evaluated by researchers for their effectiveness and communicated to municipal decision-makers.

The Citizen Science project “3-2-1-heiss!”, which was launched in the Swiss canton of Aargau by the local Department of Construction, Transport and the Environment, deals with the phenomenon of so-called “heat islands” in densely built-up areas, which is becoming more frequent and more intense due to climate change. Where it gets particularly hot in the canton of Aargau is shown on climate maps on the Internet. The data was collected by citizens who were equipped with a “SenseBox”, a temperature sensor. They were able to measure the temperatures in five communities while walking their dogs or on their way to work or school. The most recent measurement campaign took place on the hottest days of the year between August 13 and 31. Following the measurement campaign, the results were discussed between citizen researchers and local politicians in order to jointly develop ideas for creating pleasantly cool public places to stay. What is interesting about the project is that it was not science, but politics that sought contact with citizens in order to find climate-friendly solutions.

The British citizen science project “Naturehood” is committed to combating the loss of species in flora and fauna. According to the latest “State of the Nature” report, biodiversity in Great Britain has decreased by 41 percent in the last 50 years. For this reason, private garden owners are to be encouraged to make their green refuges usable for endangered species. After all, private gardens account for three percent of the country’s land area. The project, which is supported by the environmental organization Earthwatch Europe, involves citizens in nine measures to design gardens that are suitable for species conservation. These include the construction of insect hotels and the planting of flower strips with species that are a good source of food for bees.

The EU-funded “CitiMeasure” project is particularly ambitious and aims to develop guidelines on how municipalities can better involve their citizens in decision-making processes in local politics. Digital inclusion” plays a special role here in order to better activate the knowledge capacities of society. However, methods are also to be investigated as to how behavioral changes among citizens can be achieved for more environmental protection. The first trial runs in this direction have already taken place in Barcelona.

The project is supported by the “Eurocities” network, which was founded in 1986 by the mayors of the cities of Barcelona, Birmingham, Frankfurt, Lyon, Milan and Rotterdam in order to facilitate a closer exchange on policy areas relevant to cities, such as cultural, environmental, urban development and social policy.

At the Berlin conference, the large-scale research project “CS Track” also provided insights into initial interim results. The project aims to map the European citizen science landscape and to investigate the working methods and effects of citizen science projects. To this end, interviews and online surveys have so far been conducted with over 1,000 citizen researchers, discourse in social media has been analyzed, and a database with information on over 4,700 citizen science projects from 22 countries has been created. The characteristics that characterize citizen researchers and the conclusions that can be drawn from them were presented by Team CS Track in an online seminar.

There had already been a presentation in May 2022 at the University of Vienna, in which the Wissenschaftsladen Wien was also involved. The Austrian capital will also host the next European conference on citizen science in two years. In Berlin, the “baton” was officially passed to the Natural History Museum Vienna, which will co-host the 2024 conference with BOKU.