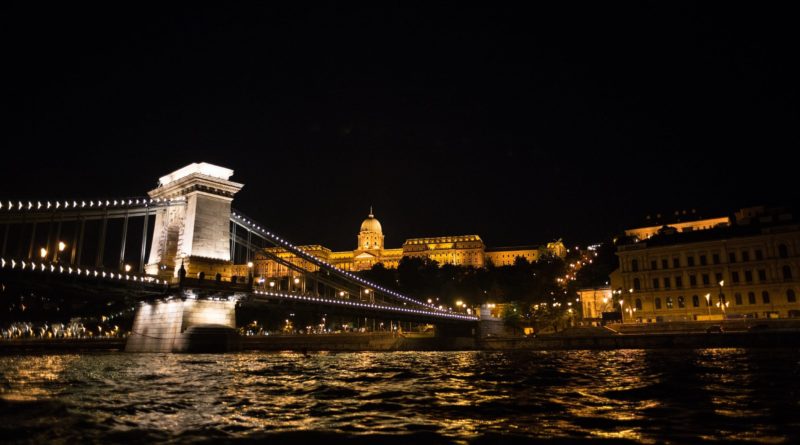 For years, Péter Rózsás works side by side with Hungary’s Prime Minister Viktor Orban. Later he turns away from his anti-life policies and founds the first local chapter of the Economy for the Common Good (ECG) in Hungary. In his book “Existence, time, money” he describes how the common good can save democracy in Hungary.

Hungary is broken. That’s what Péter Rózsás says, and he should know. For years he worked side by side with Prime Minister Viktor Orban as advisor and general director of the Technical University. He ows his great rise and deep fall to him. Today, Péter Rózsás has turned his back on Orban’s politics. He is writing a book in which he declares the Economy for the Common Good to be the bearer of hope for a good life in Hungary. “Orban wants a strong Hungary. With the ECG I wanted to show: Hungary is strong when life in it is good.”

People in Hungary could not imagine how the political system could be different. He says: “I wanted to show them good examples.”

One hand washes the other: At Orban’s side

When Péter Rózsás was 34 years old, he became Director General of the Technical University in Budapest. That was in 2001 and not a coincidental appointment. At the time, the graduated economist was working at the tax office and was a close financial advisor for the Prime Minister at the time: Viktor Orban.

Even during his first term in office, the country was deeply divided: Between Orban’s right-wing populist party Fidesz and the socialist opposition. Nepotism and personal promises behind closed parliamentary doors were the order of the day back then as well as today.

When we speak to him, he is sitting in a simply furnished room. There is little to be seen in the frame except the bed on which he is sitting. On the floor next to him is his dog, which keeps barking for his attention. About his cooperation with the Hungarian prime minister, he says: “Orban sees the economy in the country as his business. He works with those who benefit him and his friends. Only a few with the same political interests benefit.” A system to keep Orban in power.

At first, he fails to maintain power. In 2002, Orban is voted out as prime minister – but he continues to spin his political network in the background. The political atmosphere in the country continues to be tense and Péter Rózsás also feels the cold hand of politics. In 2009, the socialist-tinged university dismisses Rozsas from his post as director general. A successor is found who bows more easily to the political dictates of his time.

From Director General under Orban to political opponent

When Orban returned to power in 2010, Péter Rózsás’ career was also set to improve. He becomes director general of the University of Economics in Budapest, which at that time is firmly in the grip of Orban’s cabinet. More and more corruption cases arouse increasing doubts in Rozsas about the ruling regime and Orban’s policies. His doubts are finally the reason for his dismissal in 2013. Rozsas can no longer find a job until he decides to write a book in 2015.

“I was told at the time that I would no longer find a job. I had no choice but to set up something on my own,” he says. His book “Lét, idő, pénz” (Being, Time, Money) will be published in 2021, in which he is critical of Orban’s policies and concerned about Hungary’s future. He calls for an alternative economy: Away from profits and the preservation of power. He says Hungary needs an economy that is focused on the common good and thus strengthens democracy from within.

“I have often heard that you should deal with things that really interest you and that fulfil you,” Rozsas sums up. “As an economic manager, I asked myself for a long time: what are those things? And why can’t the simplest questions of a good life, be answered in Hungary?” The author wanted to know: Why is Hungary not capable of development? What role do those in power play and how do politics shape human relations in the population – and vice versa?

He finds answers in the Economy for the Common Good. The concept originated in Austria and is now gaining international acceptance. The idea behind it seems simple: people before profits. Three little words that scratch away at our neoliberal understanding of a good life. A good life for whom? And for how many?

In 2022, Péter Rózsás founded the first local chapter of the ECG in Hungary, the 174th in the world. No walk in the park, he recalls: “At the beginning, there were not ten people brave enough to join such an oppositional association as the ECG.” He was inspired to do so by a visit to Austria, many years before he became an advisor under Orban. He recounts, “When I first crossed the border into Austria in 1989, I breathed different air. The air of freedom.” Here, he says, one can well imagine alternatives.

Christian Felber, one of the founders of the common good economy, once said: In a democracy, nothing is without alternative. And Peter also sees the ECG as a way out of powerlessness, as a postulate of freedom and as a democratisation of Hungary with the simple goal: Life should be better here in the future. “We want to live. Therefore we need goals that are human. These goals then lead to the common good. The answer is actually quite simple.”

In Austria, too, there is a daily struggle against capitalism and corruption, but: people are mobilising and networking, Rozsas tells us. People are confident that society can be organised in a different way than hierarchical and that it can be based on the benefits of the few. “People in Hungary and Eastern Europe live in authoritarian systems. They could not imagine any other system. I wanted to paint them a different picture. A different picture than Orban’s.”