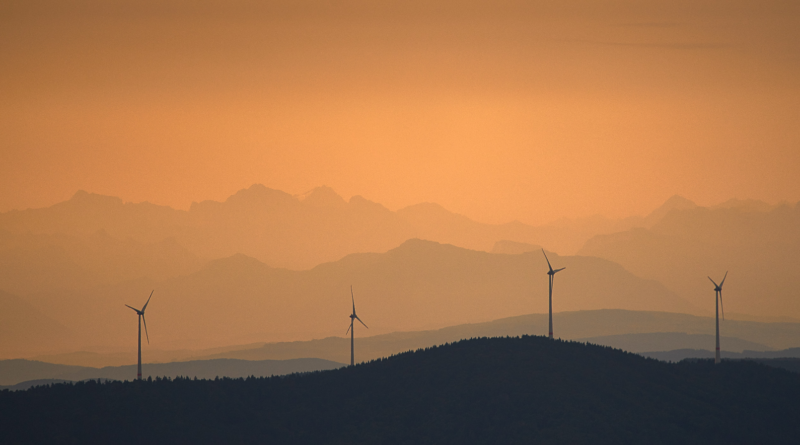 Till Kellerhoff is project manager of the new Club of Rome report “Earth4All”. As the title suggests, it calls for less inequality, more solidarity and profound socio-ecological transformations. Kellerhoff tells us in an interview what we can hope for 50 years after the first Club of Rome report, “Limits to Growth,” and why we all benefit from a fairer society. A report summary of the Club of Romes is available here.

Cooppa: The Club of Romes’ first report, “Limits to Growth,” was published exactly 50 years ago. Why is this particular decade so crucial for social and environmental transformations?

Kellerhoff: We see how effects of the expansive economic system are manifesting themselves right now. In the escalation of the climate crisis, in extreme weather events, floods in Pakistan or heat summers all over the world. The IPCC reports show us that in the next 8-10 years we need to massively shift our economy towards climate neutrality, to reach the 1.5°C target. The next decade is critical to kick-start these socio-ecological transformations. Otherwise, there will be further escalations, tipping points will be crossed, and the climate crisis will continue to gather momentum.

Cooppa: The report basically describes two scenarios: Our current course, “Too Little Too Late,” and “A Giant Leap,” the course toward a resilient future. What are we currently heading toward?

Kellerhoff: In “Too Little Too Late,” we come to key conclusions. We believe that inequality in the world will continue to increase. This increase will lead to tensions within society, which will make societies dysfunctional and further fuel conflicts. This, in turn, will lead to the inability to take action on climate change. Temperatures will continue to rise and exceed 2°C in 2050. This means that not only do we expect an ecological collapse, as described in “Limits to Growth,” we will also experience a social collapse.

Cooppa: That’s not a good outlook for now. But the report still maintains a surprisingly optimistic stance. How can that be justified after 50 years of stagnant environmental policy?

Kellerhoff: Whether that is optimistic or not is seen differently by the 30 authors. It was important for us to show with scientific data that the necessary transformation is theoretically possible if we want it. But the narrative is very clear: we need massive transformations in the areas of energy, food, fighting inequality, fighting poverty, and gender equality. If we implement those, we have a chance to stabilize the climate and set a social balance.

Cooppa: Isn’t it perhaps even necessary to adopt a positive attitude in order to successfully confront the climate crisis?

Kellerhoff: That’s always a balancing act. There are people who react to strong warnings with resignation, and of course we don’t want to achieve that. But overly positive news often also dilutes the message. We want to point out the urgency, but at the same time show that it is possible. If you look purely at the facts, you can become pessimistic, but giving up is still not an option.

Cooppa: The polluters of the climate crisis are not the ones who will feel its effects first. Who are the polluters, and how important is it to take into account perspectives from people in the global South when setting measures?

Kellerhoff: That is absolutely important. We have established an Earth4All Commission with economic thinkers from around the world. Inequality is one of the biggest problems, not only from a moral point of view, but also for combating the climate crisis. Inequality has many dimensions. The poorest half of the population has 2% of total wealth, while 75% is in the hands of the richest 10%. At the same time, the richest 1% were responsible for twice as many emissions as the poorer half of the world’s population between 1990 and 2015.

Cooppa: A key demand is to tax the richest 10%. What incentives should governments use to implement this demand?

Kellerhoff: We need to communicate that a fairer society is also in the interest of the richer people in societies. Societies become dysfunctional when inequality becomes great. Research has shown that countries where there is more equality perform better in all areas of well-being. Progressive taxation, for example, is a benefit to all. We’re just seeing that the paradigms of neoliberalism are reaching their limits.

Cooppa: Especially when we see that many people behave in a lack of solidarity even in the face of comparatively minor crises: they don’t wear masks on the subway or go hoarding. How is that supposed to work in a society that sees itself so little as a collective?

Kellerhoff: That’s why we want to strengthen this sense of belonging. We need a society that pulls together and doesn’t let itself be divided by polarization. That is not a matter of course. It requires political persuasion, parties that implement measures – even against lobby interests. It must become clear that there is an intrinsic reason for societies. And progress is already being made: Initiatives for minimum taxation by the OECD, for example.

Cooppa: The report calls for transformations in food, energy and financial systems. How can that work on a global scale? Aren’t our basic conditions too different?

Kellerhoff: Absolutely. Solutions always look different at the local level. Globally, you can transform international financial systems so that more money can flow to investments in sustainable energy for low-income countries. There are, of course, different timelines for transforming food and energy systems. European countries and the U.S. need to get to net zero CO2 sooner than India and China. So there are already basic global principles that apply to the entire world community. For example, the rapid expansion of renewable energy systems, in some countries this has to happen with financial support and others have to manage it themselves. This requires more globalism at the political level, global coordination, but also, for example, a re-regionalization of trade.

Cooppa: What responsibility do industrialized countries have for the turnaround?

Kellerhoff: One of the main demands comes from Jayati Ghosh, co-author and development economist from India. At the moment, we have a financial architecture that means countries in the global South don’t have enough money to kick-start the transformation. That’s because of historical legacy debt. So the demand is for the industrialized countries to waive certain funds. This expands the scope of action of developing countries and gives them the opportunity to build critical infrastructure. So we want to drive material growth in poor countries so that every country has at least $15,000 per capita per year in 2050.

Cooppa: What are currently the biggest brakes behind “A Giant Leap”? And what still makes you hopeful?

Kellerhoff: One hurdle is ideology. The approach to the world that a little technological development and liberalism will solve the problem. We have to be careful that technology liberalism doesn’t get in the way of transformation. Another brake is lobby interests. Fossil energy continues to be promoted because these industries have power and influence. There are also certain path dependencies: Over the past decades, we have built a system based on expansion and exploitation. It will be difficult to simply change this, because of course this will also have negative consequences, for example that jobs will be lost for the time being. Nevertheless, what makes us hopeful is, on the one hand, the youth who are taking to the streets. There is this saying: “Never let a crisis go to waste”. Crises are always opportunities for new paths, new paradigms, new ideas about how the world could look.