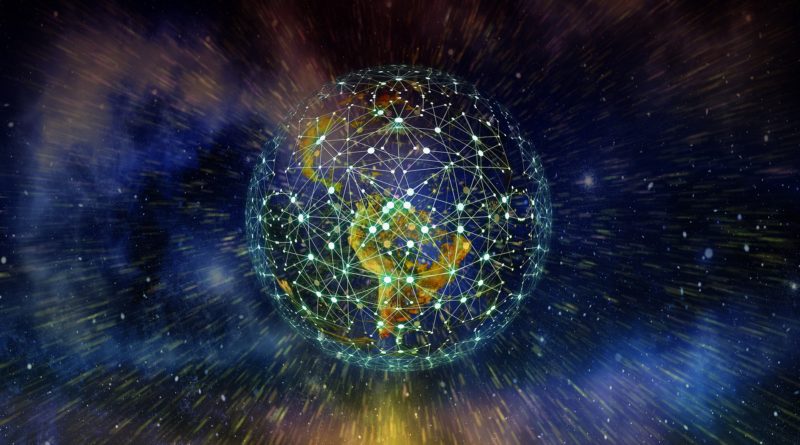 Preview of two sessions at the Growth in Transition Conference 2018

(cooppa, Hans Holzinger, 12.11.2018) Google is used for three billion searches every day. E-commerce is booming. At the push of a button you can order things from all over the world and pay just as easily. “The digital economy represents the culmination of the explosion of consumer connectivity,” is the central thesis of a workshop at this conference that deals with the opportunities and risks of digitalisation and its impact on retailing.

To begin with, a few numbers: half of the world’s population is now online, one third is on a social network and 53 percent are mobile. Google and Facebook make 90 percent of their profits by providing data for online advertising. Amazon, the company that accounts for almost a third of worldwide online trade, grew from 17,000 employees in the year 2007 to 556,000 in the year 2017. From 2017 to 2018, revenues rose from 38 to 53 billion, 5 billion packages were shipped by Amazon alone in the year 2017. In order to consolidate its monopoly position, the company is working on its own delivery services including self-driving vehicles. Experiments with delivery drones are underway.

What is special about the digital revolution is its speed

There has always been technological change – since the invention of the plough. And it has always changed people’s living conditions. However, historically unique to the digital revolution is the speed with which this takes place. The statement “I think there is a world market for maybe five computers” has been ascribed to IBM CEO Thomas J. Watson in 1943. Today, seven new PCs leave the factory floors every second. The computer has not only revolutionized economic processes but has also become the norm in every household. In 1996 only 9 percent of Austrians used the Internet, by 2017 it was 86 percent. And it’s not just young people: 55 percent of over 65-year-olds use the internet in Austria, in Denmark it’s 85 percent. There, everyone over age of 15, gets an “e-boks” which citizens can use in interacting with public authorities. In Estonia, e-government is already fully implemented.

The financial and payment system is also being revolutionized. Just as the protests against the introduction of paper money in the nineteenth century did not prevent its prevalence, the rise of the “cashless society” in the 21st century will be similar. 100 percent of Finns already use online banking, in Austria it is only 55 percent. But not only is e-commerce increasing rapidly, paying without cash at the store has also become a new normal. Cards are now contactless, apps is also already possible. Banks are converted to digital platforms.

There is no doubt that digitalisation and artificial intelligence will greatly change the world of work. Deserted factories will be followed by automated services. The nursing robot is only a very conspicuous, but by no means the most important example. They range from a digital office with new tools like intranet, cloud computing or teleconferencing to “e-health” (computers helping with disease diagnoses and therapy proposals), “robo-judging”(recommendations for court judgments) or “roborecruiting”(computer-aided personnel selection) are sufficient for future plans. Outsourcing of services such as bookkeeping or call centres will follow the possibilities of Crowd- or Clickworking. Companies award jobs to freelancers via digital platforms. Policies are underway, for example at EU level, to secure these new forms of work in the digital economy under social law.

In addition to the further fragmentation of work processes (“digital taylorism”), the social scientist Philipp Stab sees the greatest driver of the digital economy in the perfecting of customer loyalty, for example through “individualised production” and “individualised advertising” to exploit the “last demand reservoirs” of a largely saturated market. It is reported that Amazon already delivers things to customers that they have not ordered at all, but which the company assumes to be of interest to them on the basis of their user profile.

This new form of customer relationship is a central theme of the session with a high-calibre panel drawing on research and practice. Elements of the digital economy – such as online shopping –, the possibilities associated with it and the associated effects, for example, on energy demand are discussed. Thus, a Google data center alone consumes as much energy as a medium-sized city. Of course, there are also areas of hope that digitalisation should contribute directly to more sustainability. For example, in the area of improved material flow management – the keyword “Urban mining” – or the better capture of global environmental data.

The workshop raises the question of whether there is a chance to create a sustainable digital economy, or whether it is only a matter of turning further to the spiral of production and consumption and thus also to the consumption of resources.

A panel where research and practice meet

Marcel Haraszti, Member of the Management Board of REWE International AG, Steffen Lange, Researcher at the Institute for Ecological Economy Research (IÖW), Patrick Kessler, President of the Swiss Mail Order Association (VSV), Gilberto Camâra, Director of the Group on Earth Observations (GEO) Secretariat, Pille Pruulmann-Vengerfeldt, Professor of Media and Communication at the University of Malmö and Julia Stone, Director of Digital and Innovations, BILLA AG, will discuss the topic.

Steffen Lange from IÖW is currently working on a research project “Digitalisation and social-ecological transformation. Rebound risks and sufficiency opportunities of digitizing services. “ Two questions are being dealt with: 1) under what conditions and with which precise mechanisms are the expected efficiency and productivity advances in the digitalisation of services leading to an expansion of demand and thus counteract an absolute decoupling of economic growth from natural consumption? 2) Under what conditions can digitalisation develop its potential for a more sustainable design of consumption patterns and democratisation of the economy, taking into account gender aspects, and which design approaches and control instruments may promote such outcomes? It will be exciting to report what the sustainability economist has to say.

Marcel Haraszti is among other things responsible for corporate communications and sustainability at REWE International. Together with Julia Stone, responsible digital innovations at Billa AG, he will address the changes in food retailing through the new possibilities of digitalisation. Thus, in 2017 Billa Austria entered online food retailing. Goods ordered online are delivered home via a Food Fulfillment Center. In addition to sustainable products, the REWE group, which besides Billa also includes Mercury, Penny, BIPA, ADEG, AGM and Sutterlüty in Switzerland, also relies on energy efficiency and climate protection. By 2022, the company’s CO2 emissions are to be halved (the year 2006).

Patrick Kessler has led the Swiss Mail Order Association since 2008. By turnover, the 250 affiliated members represent approximately 60 percent of the Swiss online retailing volume. This (according to their website) corresponds to 30 million outbound packages per year and more than 5 million return shipments. The association is politically and economically committed to the interests of its members. It will be interesting to see how Kessler, as a practitioner of online commerce, assesses its future and environmental implications.

Group on Earth Observations (GEO), for which Gilberto Camara has worked for many years and has chaired the Secretariat as Director since 2018, is a partnership of more than 100 national governments and more than 100 participating organizations, which – according to their own definition – “envisions a future where decisions and actions for the benefit of humankind are informed by coordinated, comprehensive and sustained Earth observations “. Camara will contribute to the panel discussion on the possibilities geoinformatics offers for achieving (and monitoring) the goals of sustainability. He can refer to success stories in his home country Brazil in containing the deforestation of the Amazon rainforest. Camara and a research team also calculated Brazil’s future emissions from land use and agriculture.

Pill Pruulmann-Vengerfeldt is professor for communications and media at Malmö University, (find a handy introduction in this YouTube video. She is a member of the „Digitalizing Society Research Network “, in which researchers from a variety of academic disciplines, including technology, engineering, humanities, arts, design and social sciences, work together. The aim is to examine questions of digitalisation from different perspectives. Malmö University aimst to be at the forefront of digitalisation by providing “critical analyses, sustainable technical solutions, forging successful research methodologies and developing relevant scenarios and models for human participation and engagement ” Pruulmann-Vengerfeldt will introduce research fields and findings of the Finnish project to the discussion and thus highlight the tasks also of the social sciences in the developing digitalisation.

The session “Digitalisation and Environment”, organised by the Austrian Ministry for Sustainability and Tourism together with REWE International, will take place on the first day of the conference, 14 November 2018, from 1.45-3.45 pm as one of eight parallel sessions.

What is bioeconomy and what could it contribute to sustainability?

Chaired by Prof. Stangl and moderated by Ines Omann, Senior Researcher at the Institute of Ecological Economics at the Vienna University of Economics and Business, the panel aims to present an environmentally friendly and socially integrative approach to bioeconomy and offer a definition in order to trigger a fruitful debate on bioeconomy. Additionally, the they will try to identify potential conflicts in the use of scarce resources and discuss challenges, risks and opportunities for sustainable approaches to the concept of the bio-based economy. By asking participants to contribute their individual insights and understandings, they hope to examine what a sustainable bioeconomy could look like.

Rosemarie Stangl is currently working on a research project “Urban Vertical Greening 2.0: Vertical Greening For Livable Cities – Co-create Innovation For the Breakthrough of an Old Concept”, which indicates what the expert understands by “bioeconomy”. BOKU is also involved in vertical greening as part of a residential high-rise project in Vienna.

The session takes place on Day 2 of the Conference, on 15 November 2018, from 2.00-3.30 pm. It is organized jointly by Ökosoziales Forum, the Vienna University of Economics and Business, the Centre for Social Innovation and the University of Natural Ressources and Life Sciences, Vienna (BOKU).